BORA hoods: technology and uniqueness that make the difference for a superior kitchen

The German company BORA offers hood models that are truly unique and revolutionary. The patented extraction system captures vapours, fats and odours generated during cooking and conveys them downwards.

Unlike traditional ventilation systems, BORA hoods are integrated into the kitchen hob. The view they offer is stunning.

How the BORA extraction system works

BORA cooker hoods are based on a unique system developed by the Raubling-based company. By exploiting the physical principles of fluid dynamics, the BORA cooker hood captures the fumes and odours produced during cooking and directs them downwards.

In other words, the hood manages to direct downwards both the odours and the fats and steam simply by generating a higher suction speed than the speed at which they rise upwards. Which is? On average, the fumes produced during cooking have an upward velocity of one metre per second, while the BORA hood sucks in fumes at a speed of 3 or 4 metres per second. As a result, all odours are captured quickly and efficiently, before they spread through the kitchen or other rooms in the house.

Each BORA hood is installed on the base of the cooker hob, taking up much less space than conventional hoods. It is also possible to choose between different types of burners to customise the configuration of the hob. The installation of such a system is particularly recommended in open-plan kitchens, where the traditional hood is often a major design constraint.

BORA hoods: when maximum elegance is combined with maximum efficiency

BORA cooker hoods allow for maximum freedom of design, allowing for the creation of wall-mounted or island kitchens that provide a striking visual impact. BORA cooker hoods are perfect for both open-plan and classic kitchens, and offer considerable advantages even for those living in small spaces.

As well as being aesthetically pleasing, BORA cooker hoods are also highly efficient. In fact, while traditional hoods placed above the hobs only manage to intercept part of the cooking fumes, with the result that some of the odours and grease circulate freely in the air, BORA hoods capture 100% of odours, vapours and grease.

Another important advantage to consider is the reduced consumption of ambient air. Here too: Conventional hoods suck in part of the air in the kitchen along with the cooking fumes. This results in higher costs for cooling or heating the room. A BORA hood, on the other hand, is located just a few centimetres from the place where the cooking fumes are produced, ensuring much more efficient extraction.

But that’s not all. Thanks to their innovative technology, BORA extractor hoods are able to perfectly extract fat and steam from all types of cookware up to a height of around 20 centimetres. When using taller pans, it is advisable to use the lid to direct the steam downwards and thus help suction.

Depending on the hood model chosen, the suction power can be controlled by a knob or by touch controls. The hood requires minimal maintenance and is very easy to clean. The moving parts of the system can be removed in seconds and can easily be washed in the dishwasher.

Not only the benefit of innovative technology, but also customisable design solutions

One of the main advantages of the system we have described is the possibility of customising the design of a BORA hood. The hood is located in the middle of two rows of burners and BORA allows you to choose between modular solutions, which allow you to customise the type of hob, and compact solutions. The compact models feature a cooktop with four cooking zones of different sizes. In modular models, hobs, gas hobs, stainless steel teppanyaki grids or induction hobs can be combined.

BORA cooker hoods have a stainless steel or activated charcoal filter and a collection tray. In the tray, suctioned-in moisture and any objects that might accidentally fall into the suction grid are deposited. There is also a notification system, through which the hood alerts the user when the filter needs to be changed.

BORA’s patented system is very elegant and equally silent. This means that even the person at the cooker can participate in the conversation of the diners. In addition, the mechanism is so quiet that even when the hood is working at maximum power, its noise does not disturb those present. When you have finished cooking, simply operate the hood’s closing mechanism to turn it off.

Installing a BORA hood is the right choice for those who love to cook and, at the same time, share their kitchen with friends and family. Being able to spend pleasant moments in the company of friends and family, without the smell of food impregnating the hair, clothes, walls and textiles of the house, is now possible, thanks to the innovative technology that BORA hoods bring to kitchens that install them. 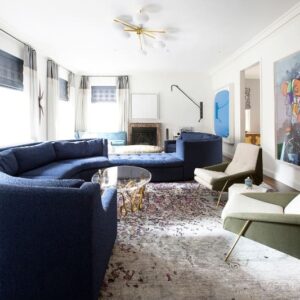 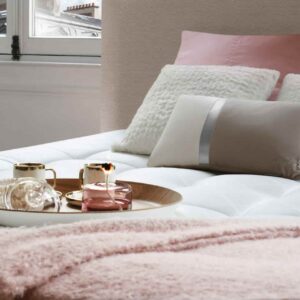 Bedrooms Blog 23-06-2022 Expensive beds: what are they and how to choose them according to your sleeping needs? 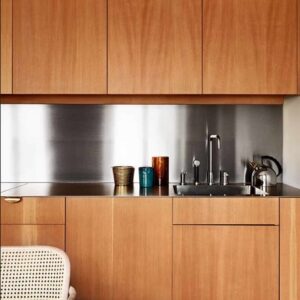 Blog kitchens 23-06-2022 The cherry kitchen: a guide to the ideal choice for your home 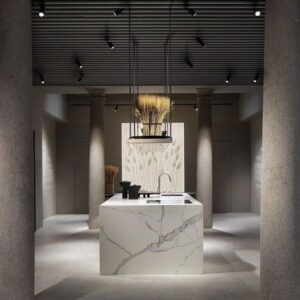 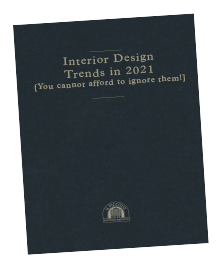